President Schrum received his B.A. from Southwestern. He earned his M.Div. from Yale Divinity School. He completed the Institute for Educational Management at Harvard University and was awarded an honorary Doctor of Laws degree from Southwestern.

President Schrum is married to Jane Woodman Schrum.  They have two daughters.  Kate, a fundraiser in Atlanta, and Libby, a furniture designer and builder in Maine. 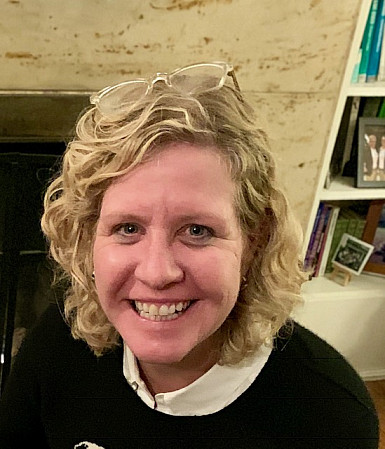 Upon graduation from Candler, she was ordained in the United Methodist Church and served churches and agencies in the North Georgia Conference for the following eleven years before receiving a call to start a new church with the United Church of Christ in 2006.

In 2007, Susannah began gathering folks in Kirkwood and neighboring communities at Gathering Grounds Coffee shop, and from those intentional times of Bible study, service, community building, worship and lots of coffee, Kirkwood UCC began to become.

Susannah continues to lead Kirkwood UCC in worship, service and creative ways to love the community. She promotes meaningful worship that moves people toward a deeper relationship with God and others. After 5 different locations, Kirkwood UCC has recently moved into a new sanctuary and a permanent home for their life together and community ministry.

Susannah serves as a Mental Health First Aid trainer and a teacher in the contextual education program at Candler School of Theology. Susannah also serves on the
Candler Alumni Board, the Emory & Henry Alumni Board and the Church Building and
Loan Fund Board of the United Church of Christ. Susannah has recently joined the
APS Go Team for Toomer Elementary and is grateful to be a part of the Kirkwood
Business Owners Association.

Susannah, her wife Susan, and their dog Louise live in Kirkwood and (most of the time)
are ridiculously happy and grateful!