Over my twenty years at Emory & Henry, I’ve helped dozens of students with research projects centered on the British Isles or finding the most suitable study abroad program in Ireland, Scotland, or England. I’ve taught at the Queen’s University of Belfast (2008) and the University of Ulster, Coleraine (2003-04)—both in Northern Ireland. I was a Fulbright Scholar to the United Kingdom in 2011-12, and my first two books were with Cambridge (2007) then Oxford University Presses (2009). I was named the Carnegie Foundation’s Professor of the Year for Virginia in 2013. 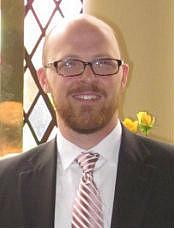 I am an Assistant Professor of Religion and Director of Foundations I  at Emory & Henry College. I received my Ph.D. in Religion from the University of Virginia (2012), my M.A.R. in Biblical Studies from Yale Divinity School (2007), and my B.A. in Philosophy (with honors)  from Wake Forest University (2001). My main scholarly interests are the theological and philosophical traditions of Christianity, Judaism and Islam. My work focuses on phenomenological approaches to Abrahamic scriptures. 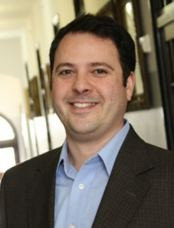 My research strives to combine the insights and methodologies of conflict theory and mass communication theories into a broad approach for understanding international conflict and the relationship between conflict and media. My teaching is interdisciplinary and focuses on news writing, media theory, conflict analysis, and media literacy. I employ an interactive and inclusive approach to the classroom, which emphasizes active learning and student engagement.

I am originally from Beijing, China. With a Ph.D. degree in French language and literature from Florida State University, I started my teaching career at Emory & Henry College in 1995. The courses I regularly offer include French and Chinese languages as well as French and francophone civilization, culture and literature. My academic research focuses on French Middle Ages literature and foreign language teaching methodology.

I am an Assistant Professor in the Department of Politics, Law, and International Relations. I received my Ph.D. in Political Science from the University of Notre Dame (2013), and have an M.A. in Latin American Studies from Tulane University (2005). I specialize in the study of crime, public opinion, and politics in Latin America. I have extensive experience conducting field work, and I use this expertise as inspiration for my classes on research methods, comparative politics, and Latin American politics. I also teach classes on civil wars, organized crime, and democracy.

I came to E&H from Lehman College, the City University of New York, where I was the dean of student affairs. While at CUNY I focused on students’ transition to college, created a peer-educator program, and established a team to provide on-going support for the LGBTQIA community. I also founded and developed the Urban Male Leadership Program, which focuses on supporting Black and Latino males. I am currently working on completing a Ph.D. in education (cultural development) from the University of California in Santa Barbara. I am excited to work with the Honors Program to further enhance the program, college and community.