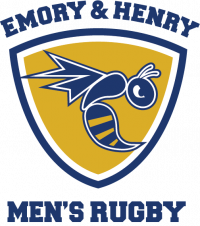 Rugby is one of the fastest-growing club sports in America with more than 32,000 college players registered with USA Rugby.

Emory & Henry College added non-NCAA competitive rugby to enhance the vibrant culture of the college community and to start a new tradition. The team travels and plays at home against other institutions on a collegiate level.

The club at Emory & Henry is open to tryout to compete against other college club teams from around the region in the Cardinal Athletic Conference.

Apply for the Rugby Team and Scholarship

In 2019, Emory & Henry formed its first women’s rugby team playing non-NCAA intercollegiate rugby in the Cardinal Athletic Conference. Their motto is “Never Give Up. Never Surrender.” The team is a member of USA Rugby and is a group of powerful women devoted to teamwork and dedication both on and off the field.