Bell Takes a Seat in the Director’s Chair

Posted October 18, 2019 by Leah Prater
Abi Bell, a Senior of the Theatre Department, is the student director for the show ﻿The 39 Steps﻿.

Abi Bell is a senior in the Theatre Department who is directing the play The 39 Steps. Students don’t normally get to direct an entire production in the Black Box theatre at the McGlothlin Center for the Arts, and Bell says this is “a tremendous opportunity.” 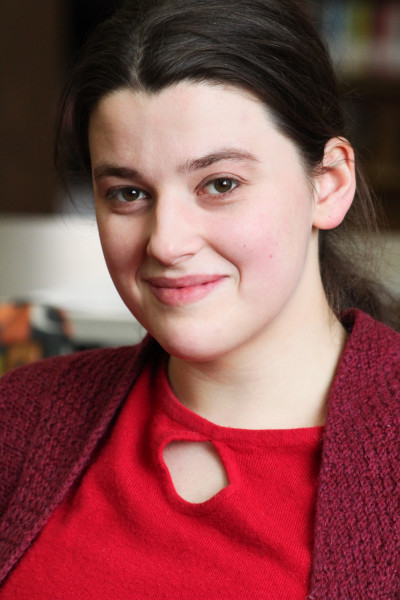 Abi Bell, senior theatre student.Bell commutes to campus from Kingsport and sometimes doesn’t leave campus until after 11 p.m. because of rehearsals. “Sometimes it can be rough but I like to take that time to reflect on my day and the show or to put my mind at peace about it all,” Bell said. Bell transferred to Emory & Henry and started taking theatre classes after changing her major from English. Bell had done theatre work before in both high school and community productions. “When I started taking classes here I started to realize that I enjoyed more aspects of theatre than just acting,” Bell said. “As a director, you have to have an understanding of all the different fields of theatre in order to orchestrate a show, so I’m happy to have a good base of knowledge.”

The process of directing a show can be daunting for anyone, though Bell says she takes it “one step at a time” and she receives help from the Theatre Department faculty. “This show has been a team effort from everyone involved,” Bell said. “All my love goes out to the amazing cast. And the crew! Couldn’t have done the show without them!”

As a director you have to have an understanding of all the different fields of theatre in order to orchestrate a show, so I’m happy to have a good base of knowledge.
-Abi Bell