The Academy of Country Music (ACM) in Los Angeles annually holds an awards show in April that doubles as a huge public gala in a giant arena with thousands of stars and fans in attendance. It is preceded by multiple “Party For A Cause” events for country music enthusiasts, and after the awards are handed out there is a lively, crowded late-night party with special performances. Obviously, this is not the sort of event that will work as the whole world embraces an unprecedented time of “social distancing” and “stay-at-home” orders because of COVID-19.

So when the big event slated for April 5, 2020 was postponed until September organizers had to think of alternatives. In the end they’ve devised what many are calling an intimate and memorable arrangement: stars will be sharing performances from their homes.

In a Billboard article about ACM making the transition, Jack Sussman of CBS says the lack of big production and huge stage presence will really highlight what these professionals are capable of.  “It shows how talented they are without any production value. You can see the real raw talent.” 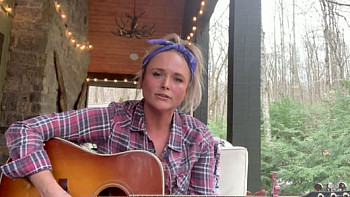 Erick Long (E&H ’91) serves as the Senior Vice President for Events for the ACM, and he says making this change required a “large team and the support of the entire Country Music industry. We had an amazing response from the entire industry including multiple Country Music superstars.” In fact, once plans were underway, so many artists volunteered to perform that they had to work hard to make it fit into a 2-hour time slot.

Erick is pleased that ACM Lifting Lives, the philanthropic arm of the Academy of Country Music, created the ACM Lifting Lives COVID-19 Response Fund to assist individuals working in the Country Music industry who are suffering a financial crisis as a result of the pandemic. With so many music venues closed for safety during the pandemic, many singers, musicians, and song writers find themselves out of work and in a financial crisis. This fund was initiated with a $250,000 gift from ACM and a pledge to match another $250,000 given by partners and third-party donors. Those in need can apply for funds at ACMLiftingLives.org.

This unique special airs on Sunday, April 5, at 8 pm ET on CBS and CBS All-Access.

In addition to the television special, the ACM is producing a live pre-show found on the Academy of Country Music’s Facebook page starting at 7 pm ET on April 5. Additional country artists will be performing from their homes, one of which will honor Joe Diffie who recently died from COVID-19. (Find recordings of the pre-show on  Monday at the new ACMOurCountry.com website.)

Erick says there are a couple of goals for this unique event, not the least of which is a chance to make a meaningful connection with fans who are confined to their homes right now. “Once we postponed the ACM Awards to September, we decided to produce this special along with producing partner, dick clark productions, as well as CBS, to bring a night filled with entertainment, hope and reflection, bringing the healing power of music to Americans at a time when they need it most.”

“This required a large team and the support of the entire Country Music industry.”
Erick Long
E&H Class of 1991