Posted February 19, 2018 by Monica Hoel
Emily Tolley Boyles said she’d NEVER run a full marathon. But that was before she met Mighty Max.

Emily Tolley Boyles (’07) had “survived” (her word!) a couple of half marathons in her running career, but she swore she would never do a full marathon. “I was in no way cut out to run 26.2 miles.”

But in January 2016, her son’s best friend, Max, was diagnosed with acute lymphoblastic leukemia.  “To say our family was heartbroken is an understatement.  Connor and Max were born one month apart and have always been the very best of friends.  Max was only 4 when given this diagnosis.” 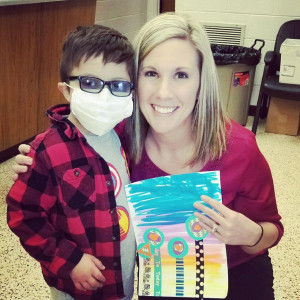 Max’s mother reached out to friends and family pleading for help raising money for childhood cancer research.  “I decided that I wanted to do something to help and to honor our sweet Max, now known as, Mighty Max.  I wanted to do something that was going to push me farther than I ever thought possible. I decided a marathon would be the perfect way to challenge myself and raise money and awareness for childhood cancer research.”

She began training in November 2016 with plans to run the Nashville Rock ‘n Roll Marathon in April 2017. She trained relentlessly, and would wake up at 3:00 in the morning just to get in 10 miles before work. “I had never been so motivated in my life.”

“Two weeks before the race, I began the tapering phase of my training. Finally!! I was ecstatic as I had survived the 20 mile training run and so many early mornings and sore legs.  I went out for my last long run, 12 miles, when I had a pain in my foot.  I tried running through it, but I just couldn’t. Turns out, it was a stress fracture.”

The injury meant she wouldn’t get to run the marathon, but she and her husband went to Nashville anyway. As a St. Jude’s Hero (a volunteer who raises money for St. Jude’s while training for a race) she was invited to a special pre-race dinner where some of the St. Jude’s patients would be there sharing their stories.” As we walked into the ballroom, those patients and their families lined the hallway and cheered for us as we entered the room.  It was one of the most emotional moments of my life.  It was a moment when I realized I had found a passion.”

Perhaps the sweetest part of this story is that Emily’s students stepped in as substitute runners for her. Emily is assistant principal at Galax Elementary School. “When I realized I could not run the marathon, the school held a ‘fun run’ and each student who participated ran 1 mile to help me reach the 26.2 miles that I was unable to run.”

In the end, Emily raised over $6,500. She credits a lot of people for her success including E&H friends who stepped up to help and even the children at Galax Elementary. “There were students in my school who gave their allowance as donations for the fundraiser. I feel strongly that not getting to run the marathon was God’s way of reminding me that it wasn’t about me, but those kids fighting the battle of their lives.”

Now, Emily’s son Connor is getting in on the service. About a month ago, he told her he wanted  to dedicate his birthday this year (he’s turning 7) to St. Jude.  “Our entire family is heading to the Rock ‘n Roll Marathon in Virginia Beach in September 2018 to run for the St. Jude kids.  In only a few days, my son has raised $1,185!  I cannot wait to see the difference he is going to make over the next several months!  I am so proud to have passed this passion and dedication on to him.” 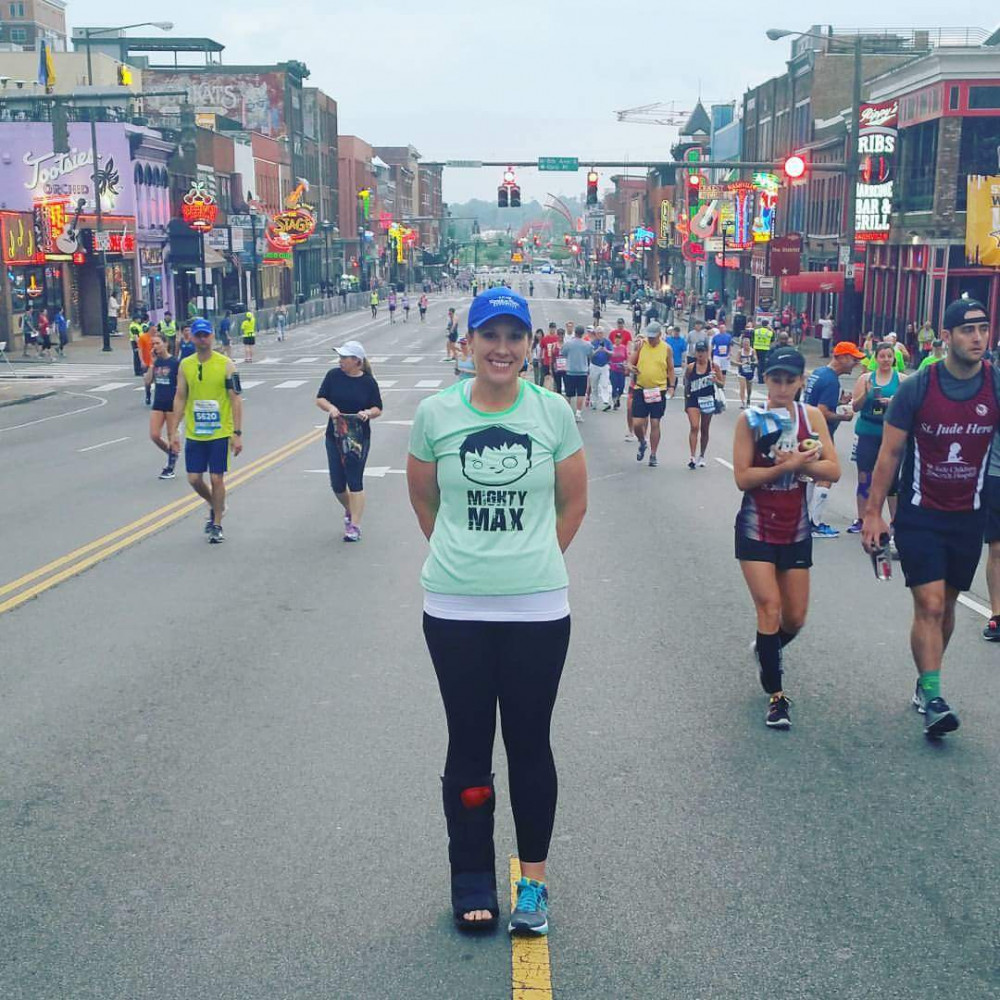 “When I realized I could not run the marathon, the school held a ‘fun run’ and each student who participated ran 1 mile to help me reach the 26.2 miles that I was unable to run.”