The Man Who Made Emory & Henry and Costa Rica Neighbors

Posted June 25, 2019 by Monica Hoel
Click here to listen to an interview with Scrapper Broady (’70) as he talks about the Pathway Project! 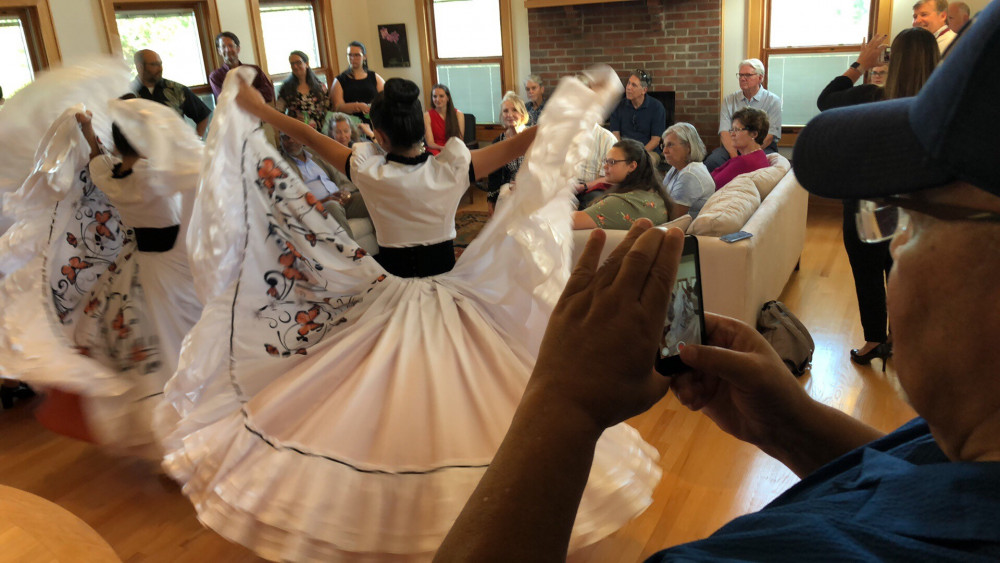 Scrapper Broady (E&H ’70) is known throughout the Emory & Henry community as a servant leader (he has  been a member of our E&H Board of Trustees), as a student athlete (he’s a member of the E&H Sports Hall of Fame), and as a trailblazer (he was among a group of the very first African American students to attend Emory & Henry). But these days he is also known for his passion for a little learning center in Copey, Costa Rica.

It was on Scrapper’s second fishing excursion to Costa Rica that he was encouraged to learn more about this little community with fewer than 500 residents.  After one visit to the community’s learning center, Scrapper was the one who got hooked. He learned that the Copey Learning Center was in dire need of English teachers. He was interviewed as a possible teacher, but he told them this was not what he wanted to do. He found himself, instead, promising to do much more. “Something happened and I could hear myself telling folks that I believed I could really help make a big difference. A sense of purpose and peace came over me and that day a mission was born!” 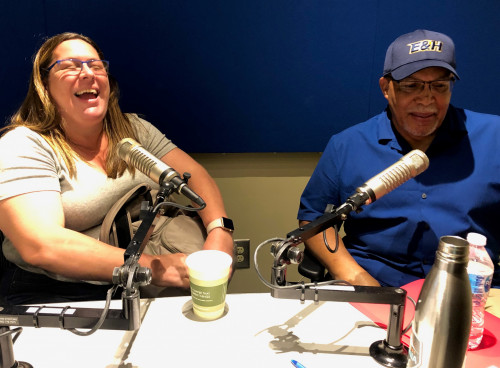 Catalina Cortes (board member at Copey Learning Center) and Scrapper Broady in the WEHC-FM studios on the Emory & Henry campus, June 2019.He soon established himself as their number one partner. He collaborated with E&H professor Dr. Celeste Gaia (who is a professor of psychology and also heads up the College’s study abroad initiatives). Together they developed a “Pathway Project” that would send E&H students to Costa Rica to teach English and would bring Costa Rican youth to America for a cultural experience. He established a group called Friends of Copey that raises money to help pay for the project.

In the summer of 2019, the fourth group of Costa Rican students traveled to Emory, Virginia – after a bit of sight-seeing in Washington D.C. and Natural Bridge. The students attended the Emory & Henry Summer Scholars program, but before camp began they were treated to a variety of experiences – everything from shopping in Bristol to a day at Marion’s Hungry Mother State Park to live music at Abingdon’s Thursday Jams. Emory community members jump in to take the guests on excursions, and one of Scrapper’s “Friends of Copey” hosts a party where the kids perform native dances and get to know some of the people who are supportive of their journey.

In the spring of 2019, E&H student Matthew Krauss traveled to the Copey Learning Center to spend several weeks teaching English and getting to know the people there. Scrapper has also recruited an E&H alumna to take on the teaching role: Jane Woolwine Rutledge (’73) spent time there in the rainy season teaching English (and knitting!) and became enchanted with the community. “I found the most beautiful country, and the most heartwarming people who have a tremendous love for their families.”

Scrapper says he depends on partnerships and his collection of “Friends” to provide the support this small rural community needs.Volunteers serve as ESL teachers in Copey, and some work closely with U.S. elementary schools and teachers to encourage educational relationships. Some do Skype sessions and some are pen pals with students in Copey.

Emory, Virginia and Copey, Costa Rica are nearly 2000 miles apart. And Scrapper is even further away, residing in Washington state. But thanks to Scrapper Broady’s enthusiasm and vision (and hard work) the three locations have found common ground and an abiding friendship. Jane Rutledge says she was speaking with one of the participants from year two and they discussed the similarities in the two communities. “Arianna compared Copey to Emory and I have to agree; only Copey doesn’t have a train track!”

If you wish to know more about the “Pathway Project” or “Friends of Copey,” go to www.friendsofcopey.com.

“…that day a mission was born!”