The Official Seal of the College

The official seal of the College is used only for formal and official documents, such as diplomas and communications from the president or the Board of Trustees. IT IS NOT FOR GENERAL USE. The seal may not be altered in any way or blended with other designs or symbols. The seal may be used only on approved speciality items. In addition to variations as shown below, it may also be reproduce by foil stamping or embossing. 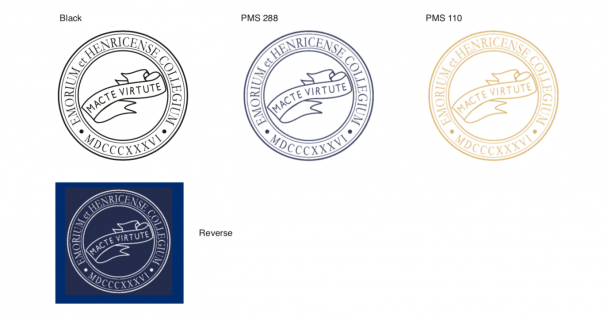 Examples of the official seal of the College including black, PMS 288, PMS110 and reverse.