The Blue & Gold Staff Award is presented to one E&H staff member every quarter. Staff members may be nominated for the award by another staff member, a faculty member or by a student.

The individual selected for the award will receive $250 and be recognized individually and at the annual Employee Recognition Luncheon. Staff members are limited to one award every two years and nominations will not carry over to the next award period.

Nominations can be submitted based on the following award periods:

January-March (due by April 15)

July-September (due by October 15)

October-December (due by January 15). 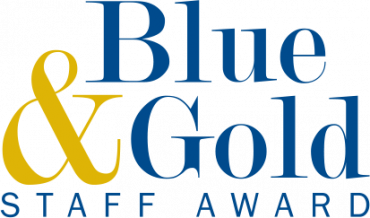